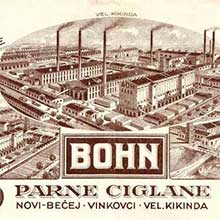 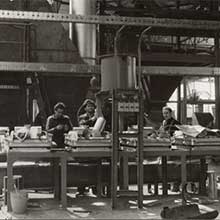 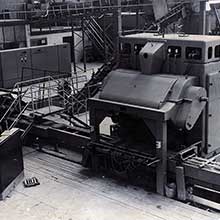 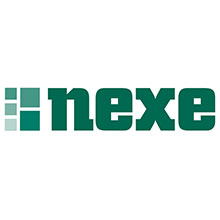 Factory AD POLET IGK was founded in 1907 by Istvan Vagner, who was attracted by the presence of quality raw materials, developed railway and water transport at that time and available labor, which together enabled the realization of a good profit. The factory then employed about 300 seasonal workers.

Owners of the most important factories for the production of tiles and bricks in Central Europe at the time, Bon brothers, are buying a factory from founder Istvan Wagner on December 13, 1922. In those years Bon’s steam brick and tile factory produced 3,000,000 tile pieces and 500,000 pieces of bricks.

After the Second World War, the factory goes to the state property. The main activities were directed towards the modernization of the production process, the purchase of equipment for the production of full-brick machinery, the construction of an industrial track and the opening of a new clay field with transport-powered wagons.

At the beginning of 1975, the construction of the gas pipeline and distribution network was completed, and in this way, a new technological fuel was provided for the entire company – natural gas.

By privatization in March 2003, AD POLET IGK became a member of Nexe Group A.D. from Našice whose member is still a member. The factory employs 250 workers today and produces over 30,000,000 pieces of roof tiles annually.

Delivering greater business efficiency and efficiency with complete satisfaction of customers’ demands with assortment and superior quality of our products. Customer orientation by tracking their requirements, expanding assortments and continually improving product quality. Open to all stakeholders – customers, suppliers and employees. To achieve the exportability of the company and to strengthen the position of leaders in our area. 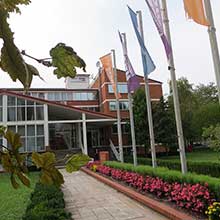 Dynamic investment cycle in new products and technologies as well as expansion of the production program, which will increase the competitiveness of the company. Setting quality goals. 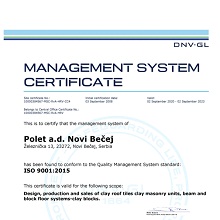 Professionalism and expertize of our employees, efficiency of business, satisfaction of customers and end-users in terms of quality and service delivery. Meeting the highest standards in business using the ISO 9001:2015 European Product Quality Standards (CE) 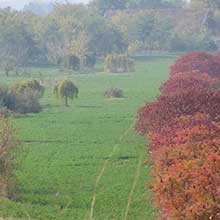 Today, it is very important that companies, in addition to good business results, also take care of the environment. Due to the use of various energy sources in the industry that adversely affect the climate and the environment, we are constantly working on increasing the awareness of the conservation of aforementioned. The factory, in cooperation with waste disposal companies, also takes care of environmental protection, and we can boast that after the exploitation of the original clay, we have done a complete recultivation of this land, which today has the application of another kind.